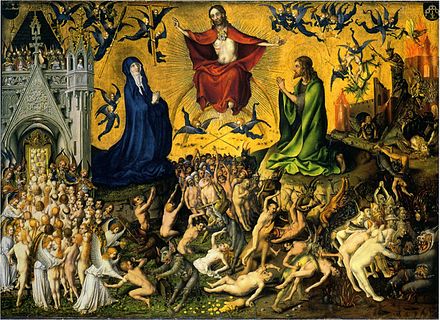 Have you really ever stopped to consider what will happen to you after you die?  As a Christian, I’m sure you have tried to imagine what Heaven will be like and what you might end up doing for all eternity.  Of course there are the classic images of angels strumming on harps with halos above their heads singing in a joyful chorus of perfect musical harmony.  Others may conjure images of sitting at the feet of Jesus and communing with Him as He explains the mysteries of the universe and recounts how His Father created all things.

As wonderful as these things are to think about, they do not do justice to what eternal salvation entails.  God has a plan for His children that involves more than singing and resting for all eternity.  We do not know the specifics of God’s future plans for us, but we can know a few things from scripture.

GOD WILL GIVE US A NEW NAME

Revelation 2:17 says, “He who has an ear, let him hear what the Spirit says to the churches. To the one who conquers I will give some of the hidden manna, and I will give him a white stone, with a new name written on the stone that no one knows except the one who receives it.”  English Standard Version

When we get to Heaven, we all will receive a name that is unique only to us.  God will move to re-establish us into something greater than we were in the flesh while still on earth.  Under our old names, we sinned, and therefore our names are forever attached to the sinful thoughts and deeds we contaminated our souls with.  Currently, God chooses to see His son Jesus when He looks down at us, and that is how He will continue to look upon us until we are redeemed in our new glorified bodies and are no longer stained by our sin nature.  Only then will we be worthy of an individual name that can stand on its own in the presence of the Lord.  Becoming a worthy individual spirit leads to the next part of salvation.

WE WILL PARTAKE OF THE DIVINE NATURE

2 Peter 1:4 says, “by which he has granted to us his precious and very great promises, so that through them you may become partakers of the divine nature, having escaped from the corruption that is in the world because of sinful desire.”  English Standard Version

Now this verse can be interpreted in different ways, but in essence, all interpretations basically mean the same thing.  Once we get to Heaven, either we will take on most of the attributes and properties of God’s divine nature—essentially becoming little “gods”—or we will gain the ability to understand and harmonize with God’s divine nature at a level of sophistication suitable for a full relationship with the God of the universe.  Either way, we will no longer be limited to our human nature and all of its inadequacies that hamper our ability to commune with God.  But God desires more than just our companionship He wants to grant us authority.

WE WILL BECOME JOINT HEIRS TO THE THRONE OF HEAVEN

Romans 8:17 says, “and if children, then heirs—heirs of God and fellow heirs with Christ, provided we suffer with him in order that we may also be glorified with him.”  English Standard Version

Here is a great reason why God allows Christians to go through so much suffering in the world.  If He did not bring His only begotten son down from the cross, then why should we not expect suffering and persecution for many of the same reasons Christ was made to suffer?  And as we suffer the hatred of the world, we will eventually share in the glory that Jesus possesses for all eternity for we are made to suffer in His name.  So think about it for a moment.  We will actually be co-rulers of Heaven with Jesus, and the universe by default.  Are you ready to rule the universe?

I bet many of you have not really stopped to consider how radically changed you will become once you enter the Kingdom of Heaven.  You will cease to be human for starters.  Secondly, whatever gender you identify with now, will no longer have meaning to you in eternity.

There is only one group identity in the Kingdom of Heaven….becoming one in Christ Jesus.  We will think as Christ, act as Christ, rule with Christ, and have all the rights and authority that Jesus holds.  So why does God go to the great effort of establishing us as His children and ranked above even the angels themselves if He does not have some grand plan for us that goes beyond just worshipping Him and enjoying blissful rest?  I think the odds are pretty strong that we will have great tasks to perform that will give even greater glory to God…just what they will be is still a mystery.  Are you ready for what awaits?  If you say “yes” then I say you might want to rethink things a little because there is much more to salvation than immortality and singing in the Heavenly chorus…much much more…which we will discuss in Part 2 of our series on salvation.

I'm currently finishing up my MBA at the University of Louisville. I'm Southern Baptist and lean conservative politically.